The outer part of agates often contain beautiful coloured bands and in the interiors are fill to a greater or less extent with macrocyrstalline quartz. Agates are found in many parts of the world, each have its own special variations/characteristics. 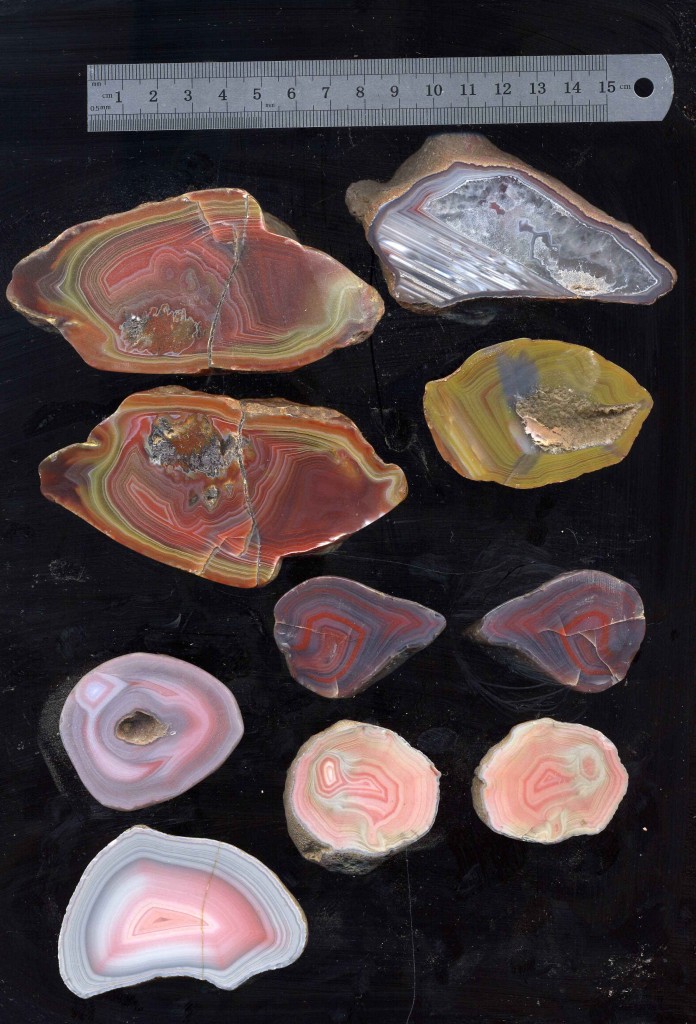 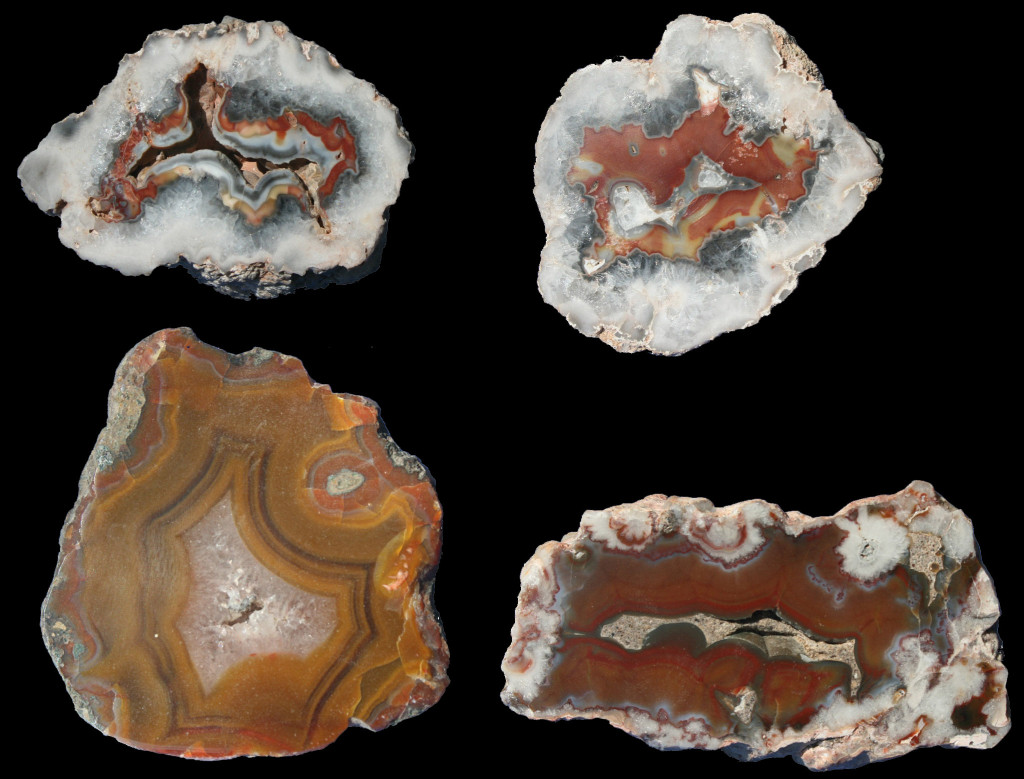 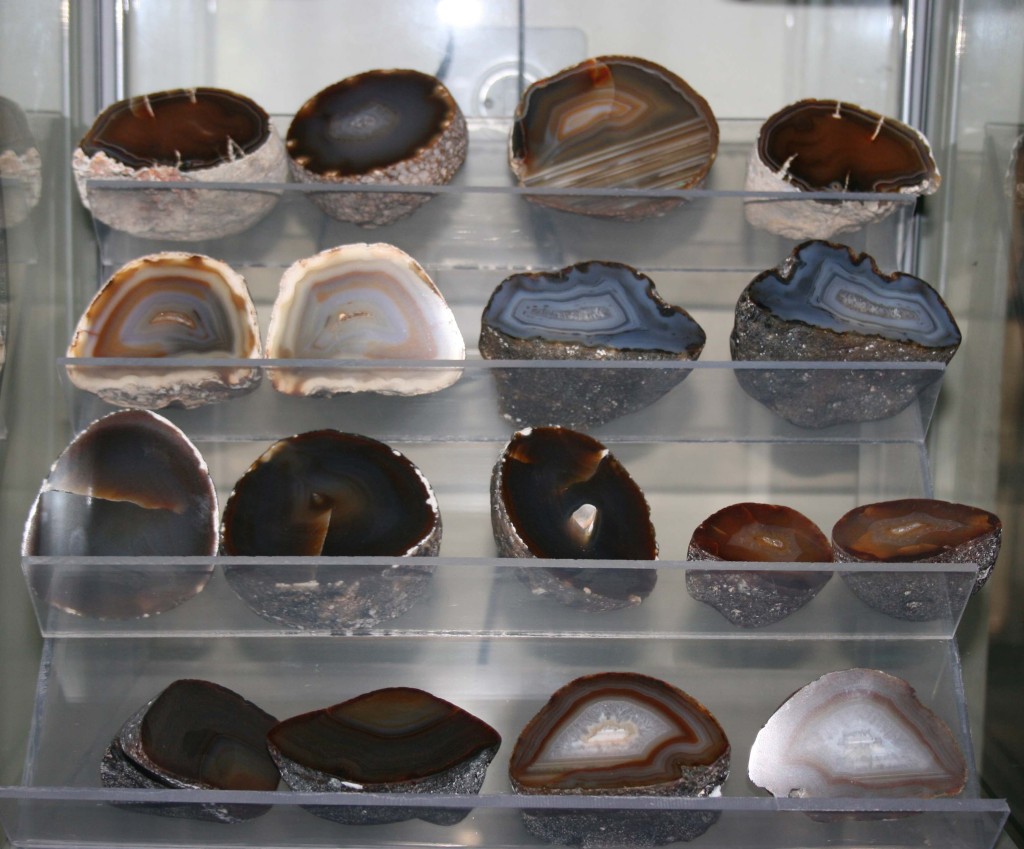 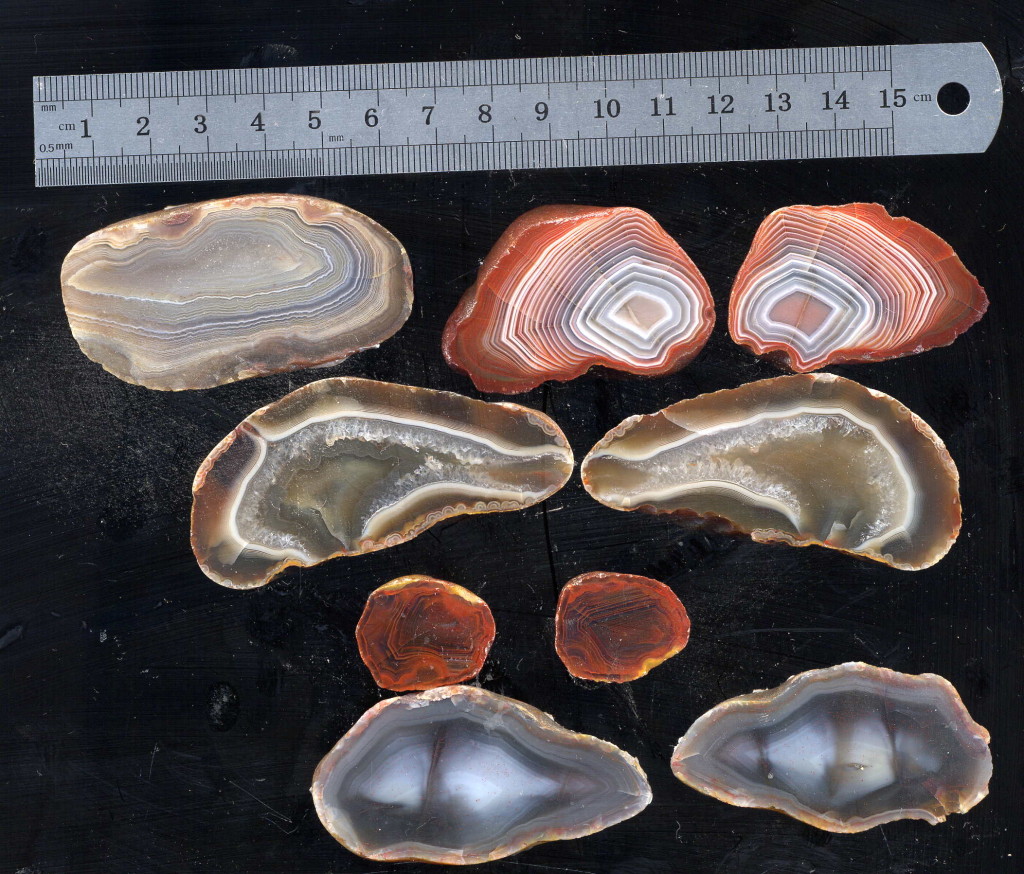 Dryhead Agates. Interesting, these agates were formed in a sedimentary rather than igneous rocks. 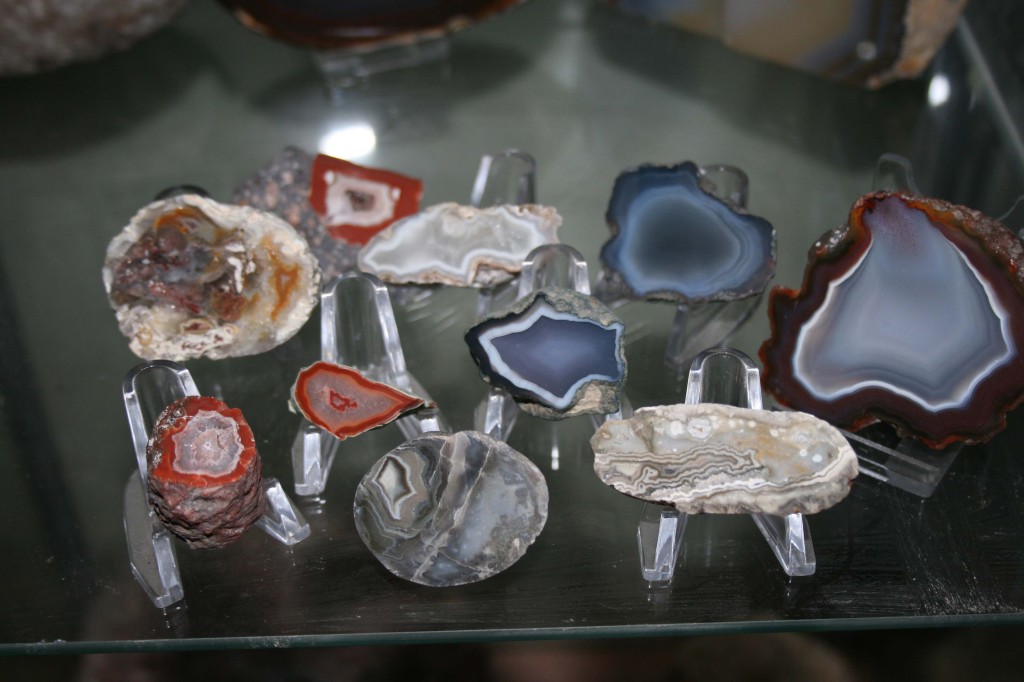 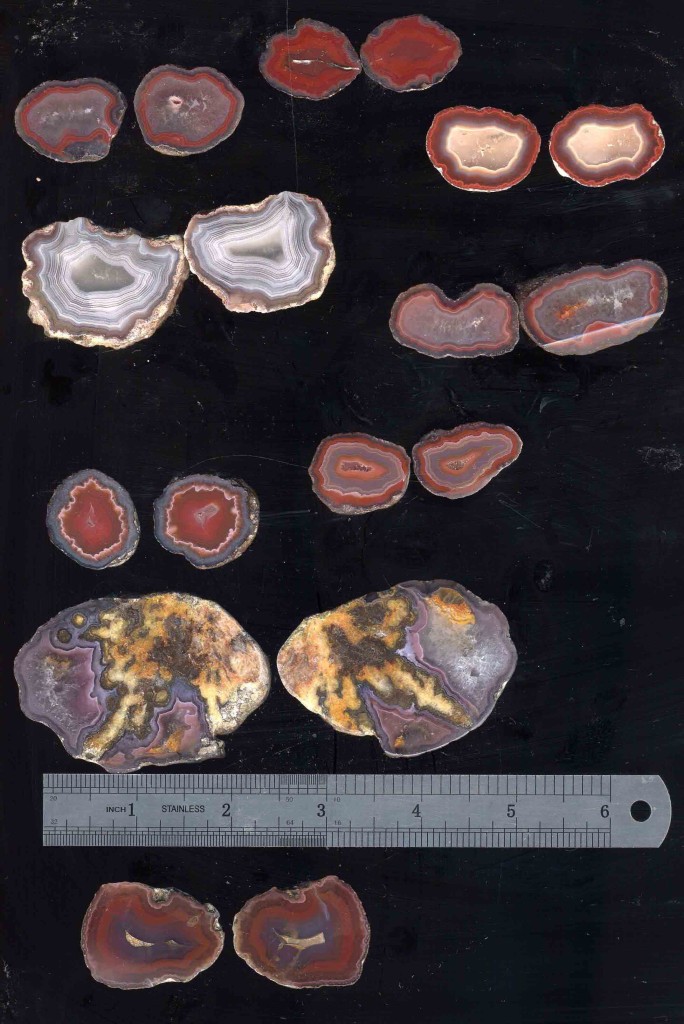 Sometimes the agate is star shaped and without escapes tubes and often, but not necessarily, without the hollow/ macroquartz centre. These are known as Thundereggs, from the ancient native Indian legends that when the gods that lived in the region between Mount Hood and Mount Jefferson were angry , they hurled these spherical rocks at each other during thunder storms. 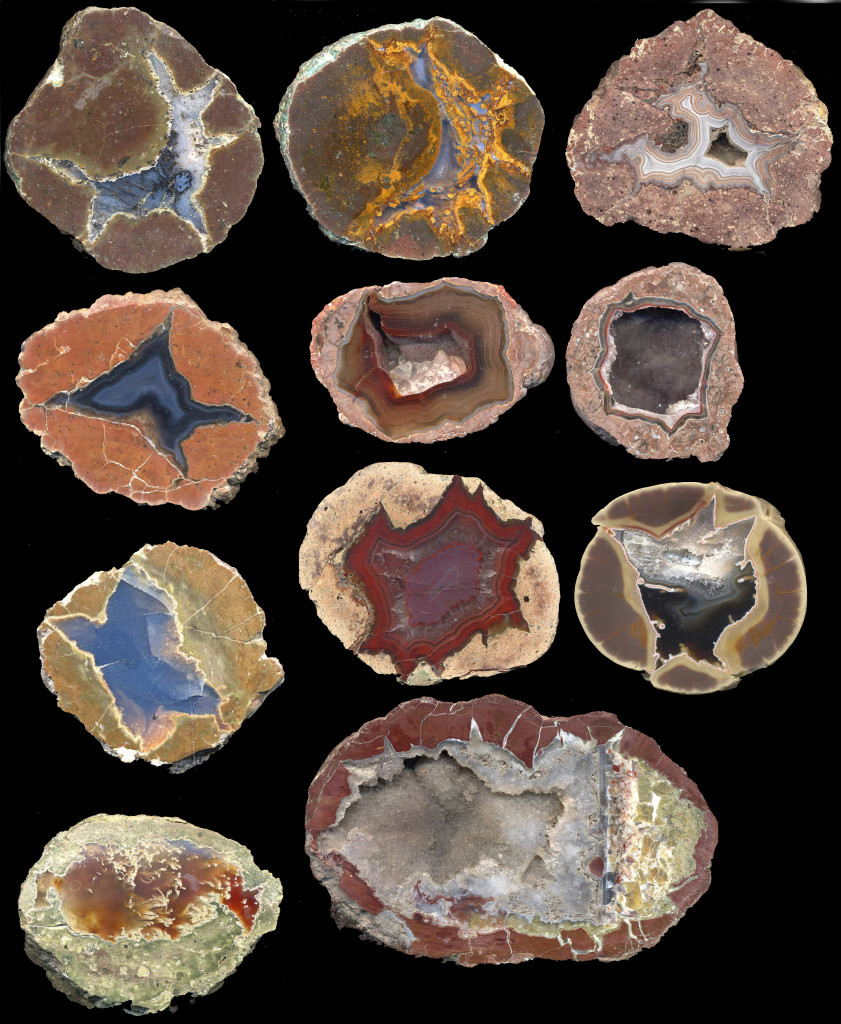 A collection of Thundereggs