Although we associate Communication with the organic world, inorganic matter also communicates one to the other. We describe this communication  by “The Physical Laws of the Universe”, which are formulated in mathematical form. Like human beings there is a lot of non-specific “talking” to which nobody or nothing appears to be listening. Rocks in particular are very active in this form of “chit-chat”, which can be heard in an article entitled “Rock Music” by Howard el al published online Nov 2008 in Geoscientist and can be heard at:-

Some of the communications of matter to matter we are familiar with and come across them constantly But it seems there are many more “conversations” going on which are not so immediately obvious. Here are a few examples:

A gwindel is a form of quartz in which crystals grow one on top of the other, and each crystal is slightly twisted in relationship to the one below. It is as if the lower crystals tellthe next crystal how and where to grow. A stack of quartz crystals arranged in a spiral configuration 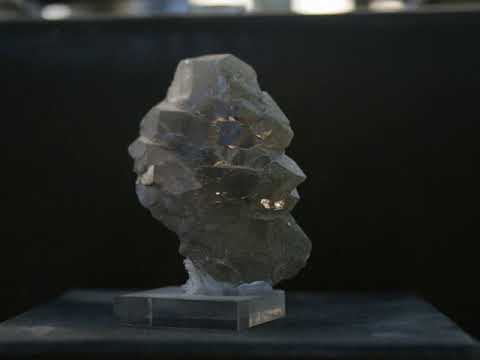 This form of quartz is named by is resemblance to an artichoke. At the bottom of the artichoke the crystals are slightly larger than the upper ones, and symmetric on either side. The pattern is ordered, i.e. the shape, orientation and size of each individual crystal is determined by some overseeing controller “telling” them exactly how to grow. artichoke1 A formation of quartz crystals in the form of an “Artichoke” 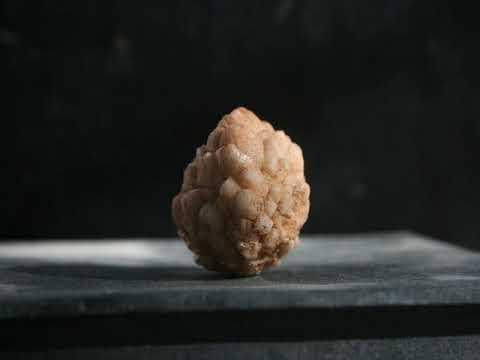 This thunderegg would be considered a dud by collectors, as it contains no star-shaped chalcedony centre, but for me it the most exciting and important piece in my collection. I have drawn a cross to show its overall symmetry and arrows showing mirror areas within it. Crystallization of the various components did not occur at random, but it was as if each area communicated with each other to tell the crystals how to form.

As they enter the atmosphere, the combination of air frictional heating, and the wind speed from the air resistance causes the surface to heat up. Before this heat can be conducted away into the interior of the meteorite, the high flow of air evaporates the surface. The evaporation, however, is not uniform, but forms pits, known as regmaglypts. Although there are different sized regmaglypts on each meteorite, the larger the meteorite, the larger the pits (although the relationship is not exactly clear). As the meteorite flies through the atmosphere and an reaches the air that will evaporate its surface, it is as if something is telling the air- form a large pit because this is a large meteorite, or form a 4mm sized pit because this is only a small meteorite.   Here the meteorites have been photographed, but each the magnification/scaling was made so that the all the meteorites appear roughly the same size, as the regmaglypts. In the next photograph a ruler has been added under each meteorite, showing its true size.